Have you found your why? This is my why! 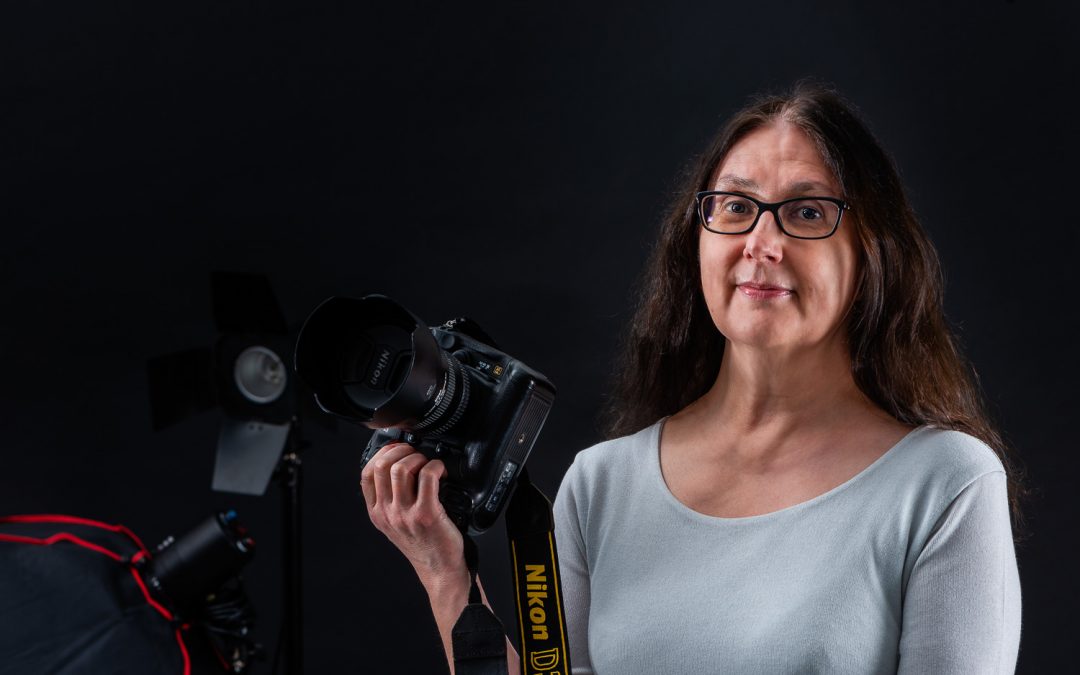 I found ‘my why’ – have you? Is what you are doing now what you wanted to do from childhood? Have you found your why? I used to hate that question. I am (finally) doing that one thing I dreamed of, but heck did I take the long way round!

My A level art teacher was a bit of a letch and two of the guys in my class always made sure they were in the way to prevent him getting too close as he made me feel really uncomfortable. This teacher said I’d not make it as a creative. I had an English teacher tell me I couldn’t write. As far as I was concerned there was no longer a future to look forward too.

Then my careers teacher who went round the class asking what we wanted to do, stopped and laughed out loud at me and announced that people from our school could only think about working in the local shops and factories! What was the actual point of careers lessons then I asked? That went down with shock and like a lead balloon, especially coming from me, I never, ever said a word in class, literally. I was in the second highest stream in the school through choice as I wanted to do Environmental Studies not Biology but even without that my thoughts then were why should any of us be constrained? Why can’t we do something we love? Why should anyone try to prevent us from following a dream?

I was the scared of my own shadow mouse. But that day, I stood up and collected my stuff to leave the class, in the middle of class. The teacher and the rest of the class were stunned, so out of character. When he asked where I thought I was going I said ‘to see my head of house to be excused from careers from now on as there seemed little point in it’. I left them all speechless – the mouse would never say that! But I did! I then found the head of house and explained to him how I felt. I shook so much I don’t know how the words came out.  He was stunned too. I never went to another careers lesson with his blessing. 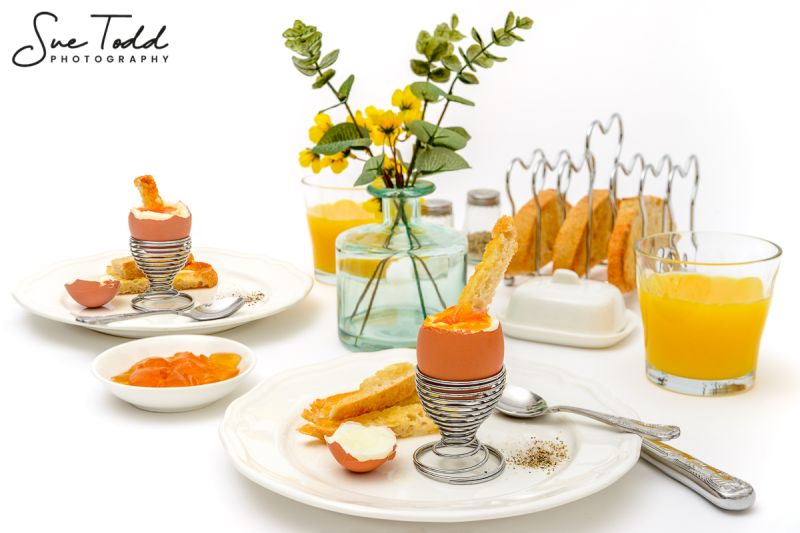 Working with great producers like The Good Egg Fellas makes my day and is part of my Why!

All I ever wanted to do was be a photographer, I fell in love with the idea when my Grandma bought me my first camera aged 13. Each time I got close life seemed to have something else in store and it never happened. I got my first pro cameras at 18 and knew that’s where I wanted to be. Life kept intervening and while I loved my time in catering and it’s worth its weight in gold now, children came along and then a sick husband (all of whom I love and adore by the way). I’d learnt to touch-type along the way as I felt the need for a fall back. That landed me in computing at a point where I needed to find a future, when just 3 days before Xmas in 1997 with my boys aged 8 and 3 we were told to get my OH’s affairs in order as he might have six months if we were lucky!  That was some Christmas I can tell you.  My OH recovered thankfully and we grew a business.

But by 2013 I was so miserable and depressed. I no longer just wrote computer programs, I read and dissected legal agreements, and had to do accounts and more and it all took precious time away from my camera. I didn’t want to get up in the morning, in fact I actually didn’t want to see another morning. It was that bad. I’d had it with computing all I wanted to do was create images and be free to do what I wanted to do and not what everyone else wanted me to do for the first time in my life. I was by then doing photography in our business and I loved that side of things, what I hated was all the other stuff that kept me from it.

They say be careful what you wish for and I now know the full meaning of that one, though it scared the living daylights out of me when it happened. In 2014 our bank suddenly shut us down – long story and a huge misunderstanding that should never have happened but that couldn’t be understood for a full year after, when it was too late. But there I was suddenly free. And so scared! I knew what I wanted to do, I knew how to do it, but the years had taken their toll. Confidence was non existent and to say I was terrified is an understatement. Plus the bank had shut us down and while I knew it wasn’t my fault, that there was nothing I could have done, I felt horrendous, ashamed and responsible and all sorts of bad, that I just couldn’t get past.

I slowly spiralled into clinical depression for a second time and into a very dark place. I waited 18+ months for any treatment and then some again when I finally went for help. Even that wasn’t straightforward as the GP made me feel awful and a waste of space too. I don’t think there’s any need to kick someone’s who’s down but goodness she obviously did.

I was just coming out of treatment and feeling confident and ready to go for life and had such things planned in January 2020!! I don’t need to tell you what happened next!

As a food & hospitality photographer March 2020 felt like I was trapped in a nightmare that I couldn’t wake up from. I had my future mapped out, at last, the way I wanted it,  this couldn’t be happening??? I literally spent a couple of weeks nipping myself thinking ‘wake up, wake up;.  But the nightmare was real – how the heck is that meant to work I asked??

For a week or four I was frankly stunned and shell shocked. I knew there were two routes forward, one that left me back where I’d just come from – which frankly I’d not wish on my worst enemy or one where I just went for life whatever that was now and worked ‘really, really’ hard to find something good in every day that would help to carry me through to be and do all the things that I wanted.

I chose the second route and I’m still not looking back. It wasn’t like that made it easy, it didn’t. We then lost my Father In Law who was in a care home to Covid and couldn’t go to the funeral as we were both shielding. Our landlord was pushing for repossession to sell and so in June last year we moved to the house next door to us. That was bloody hard work and nearly broke me again. But we couldn’t risk removals people  because of shielding so it had to be done with help from our fabulous sons. The new place whilst lovely is only big enough for the smallest shoots really and I pushed things to achieve what I did. So as lockdown eased  last summer I looked for a studio.

There was loads of spaces available unless you were a photographer who needs their own kitchen to cook from  and no shared space …. How hard can this be I thought and then I found bVillage.  As I started to look in earnest some of the spaces previously taken up at bVillage came open again (the place was still being built).  I saw the ad the day it went live and signed up. 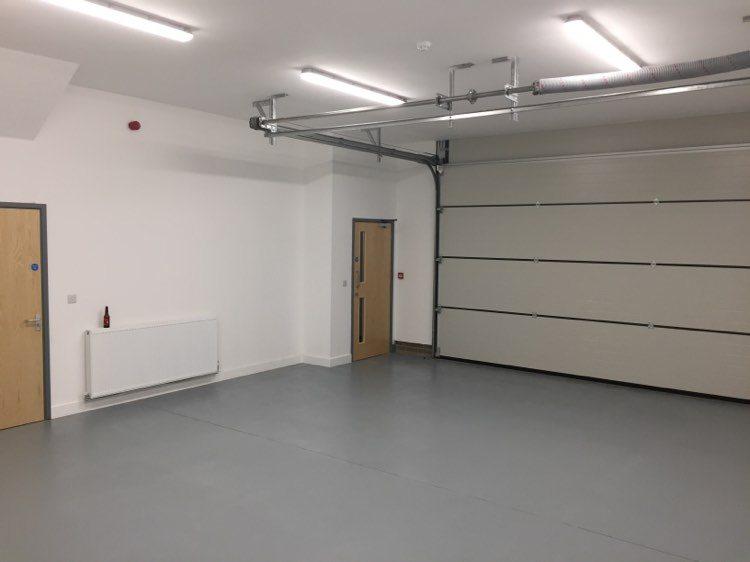 When you get really excited about the painting of a studio floor – this is when I knew that  ‘my why’ was coming together.  This is one corner of the downstairs studio.  I have 1400 square feet in total and am loving it.

I love my studio its amazing and I am so grateful for it every single day. But you can imagine perhaps how I felt when having signed up for it the tiered system came into play and then the next lock down! The diary emptied again!

BUT, you have to keep believing and you have to keep pushing. So I dusted myself off, picked myself up and got started again the only way I know how. I worked hard on the projects I had, created new ones and some collaborations and helped anyone I could along the way.

I may come across sometimes as a bit of a Pollyanna, there’s good reason for that and I don’t care whether you like it or hate it, I’ll keep on looking for and finding some good everywhere I can. It keeps me going, it’s helped me get through this past year and while I’m nowhere near where I’d hoped to be. I’m still going and getting stronger every day, I’ve got a lovely studio space (well two now, but that sounds like bragging) and I’m so, so in love with what I do. I’ve no intention of stopping till I drop – I mean what the heck would I do? I’d be as miserable as sin.  If I won the lottery tomorrow I might take a day off but sure as hell I’d be back in the studio the day after because it’s what I do, it’s my happy place and I love creating images for people.

After all I’m my Grandma’s Grand-daughter. On coming out of sheltered accommodation after a very brief stint, her words were, ‘I can’t cope, it’s full of people waiting to die I’m not ready for that yet’. She was 86 ,she didn’t class herself as ‘old’ – I didn’t either. I’m just the same (though no where near the same age just incase you’d wondered)  I’m always looking for new ideas, different ways of doing things and just loving what I do.

And on that note if I can help my Grand-daughter discover her ‘why’, then I’ll be one very happy lady –  here she is having a ball in my studio rearranging for me. She’s just discovered the new props cupboards …. you can imagine the time she’s gonna have there! 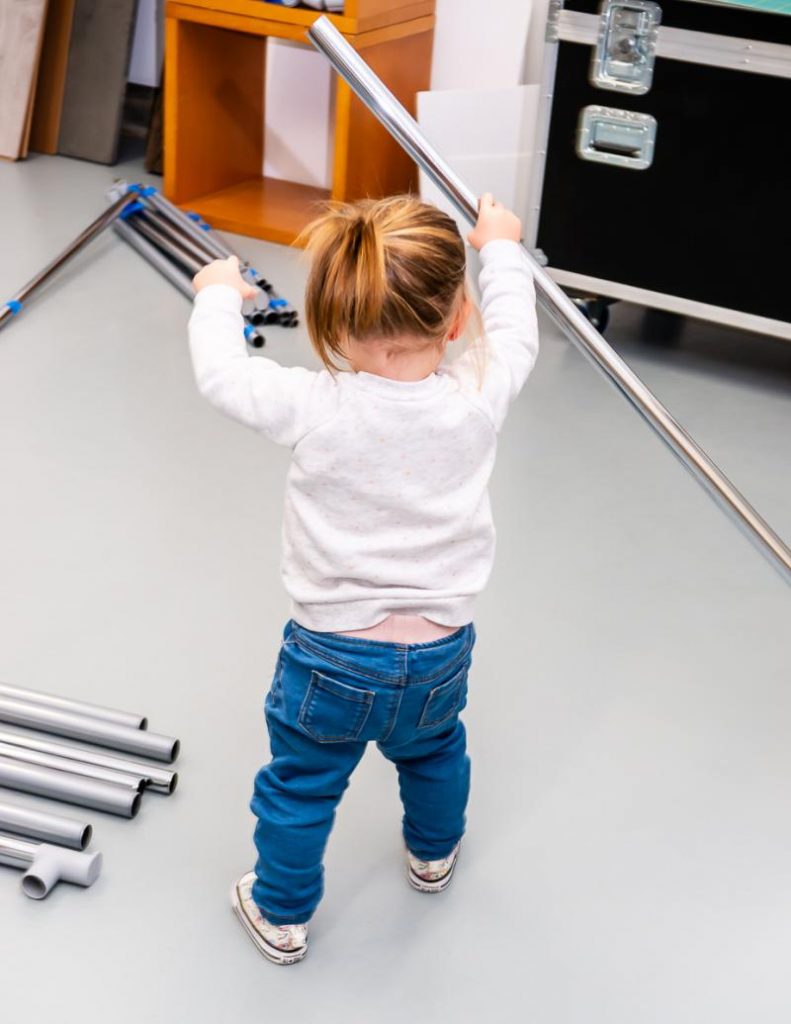 This is my beloved grand-daughter busy reorganising the studio for me. – My why!!

This story and my amazing little granddaughter is my Why!! What’s your’s? And when did you find it?