How Versatile Are Your Images? 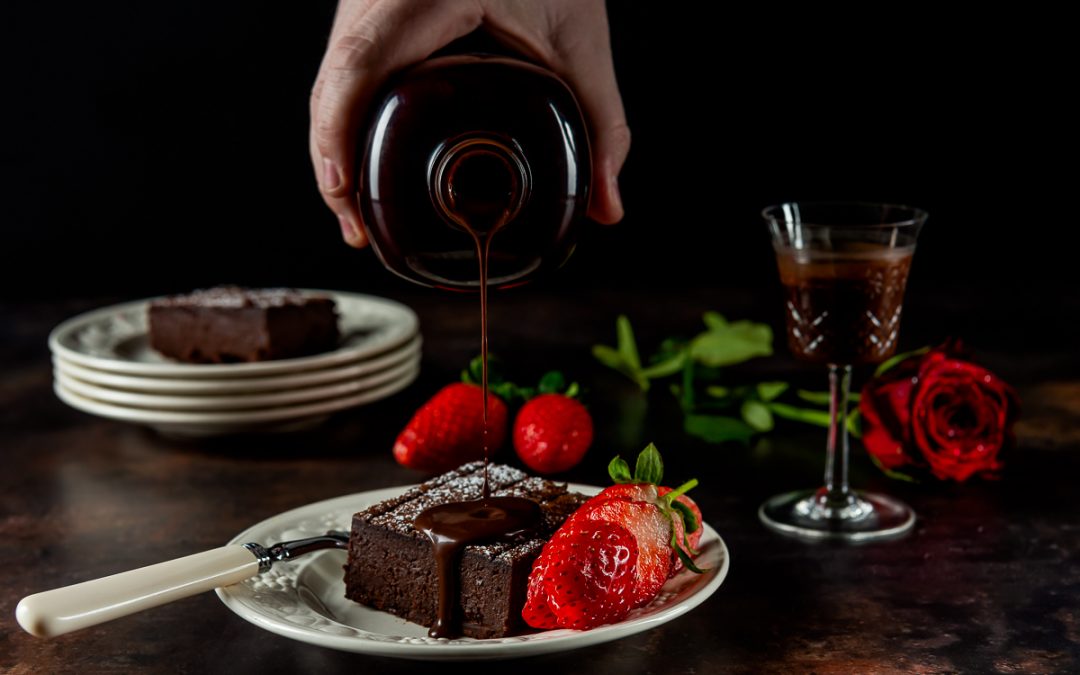 How versatile are the images you use in your business?

You can have a lot of images but be hampered by the fact that you feel you can only use them once in a while, or maybe you overuse them.  That doesn’t necessarily make them versatile images.  Wouldn’t it be nicer to have a range of images from different viewpoints or telling slightly different stories?

It’s easy to think oh you must have x number of very different images.  The assumption is that you need to spend your budget wisely and get as much as you can.  I’d agree with you to an extent.  BUT ….. (yes another one, I know it’s a word I use a lot).

But if you spend valuable time and energy building a scene up for an image it seems a shame not to fully use it, by taking a range of images at the same time.

For instance in this shoot, I got the money shot first, where everything is in focus front to back.  This is done by taking a number of shots from the same position at different focus points and merging them together to make a final image.  This was the image we set out to capture. 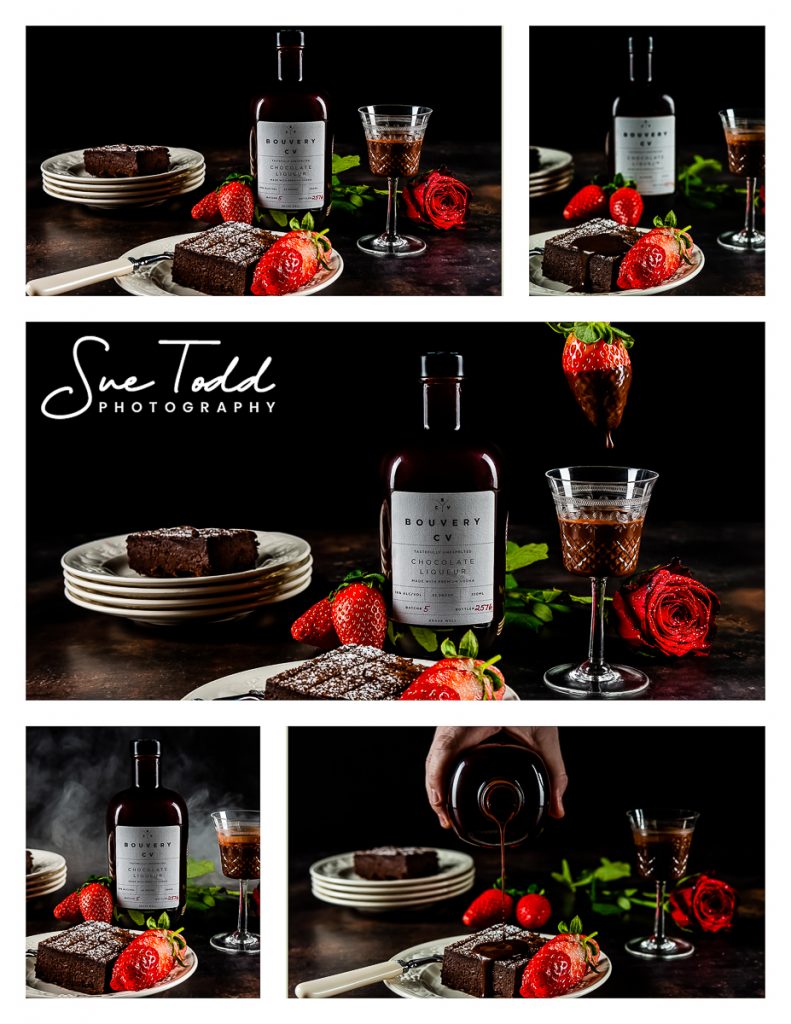 Chocolate Brownie & Bouvery CV Images – a set of five to show the versatility of a shoot.

The second image is one of the series with just the foreground in focus and the bottle of Bouvery CV blurred out a little, showing clearly that in this image the cake is the hero. Sometimes we want full focus sometimes we want lovely softer look of a blurred background.  But why not have both?

The third image was taken of dipping the strawberry.  Again this was several images merged like in the first example.  Catching the drip can be tricky but it’s something I do a lot of in the studio.

The fourth image we used a Mini Flavour Blaster to provide the smoke in the background giving yet another look and feel of the same setup and products.

Finally the last image was created by actually pouring the chocolate liqueur onto the Brownie. This brings a lovely rich and decadent feel to the scene.  But if I’d done that first, we’d not have all the others.  Which is why a shoot must always be carefully thought out and planned.

These are all landscape images but they will also work as square images and as you can see from the centre image, there’s white space above the stack of plates to add text or in this case a logo.  This is the same on all of the images.

So beginning with one idea, I took five images, which could also be squared to give us 10 images, and those could double up to 20 if text/logos are added.   That’s a lot of material to use over the course of a year.  So they could be used in websites as sliders or banners, for email newsletters, email banners, for printed materials and more and because they are shot in raw they can also be blown up for printed banners and posters too.

Something like this means you have an incredibly versatile mix of imagery, to use for special celebrations; Christmas, New Year, Birthdays, Valentines… the list goes on, for dull wintry days to spike a bit of joy, to advertise special dining offers, chocolate days, cocktail days and so on.

How’s that for versatility?

When a client books me, I deliver to the brief but generally there are extra images they can choose to add into their package to give them this added versatility.

If you’d like to explore getting a set of versatile imagery created then do get in touch.  Feel free to join me on social media on LinkedIn or Instagram.